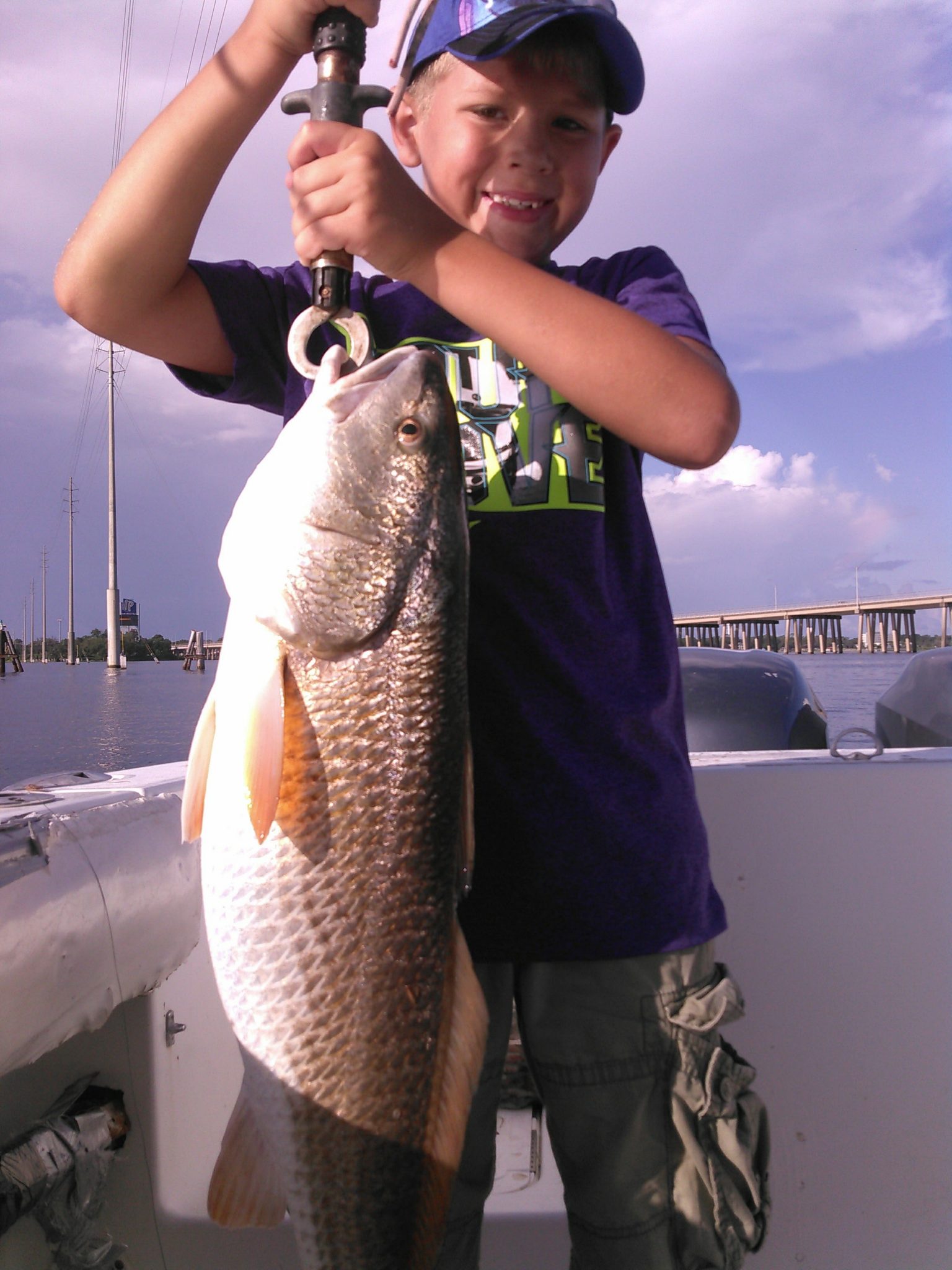 The Biloxi, Ms. charter boat WhipaSnapa (an it’s lovely guest). Seriously been hammering some huge, hard fighting reds. Just beyond the Mississippi Sound. Out at the beautiful,an very fishy, Horn Island.
You talkin bout a fight, them dang Big ol Bull Reds play one heck of a game of tug of war. PULL UP REEL DOWN!!!!!!:)   Mostly for the 6 hour combo trips, the past couple weeks. We hit the inshore light tackle stuff for an hour are so catching up 30, 40 nice croaker along with a few drum an white trout.

Then make a short very relaxing boat ride, especially aboard the roomy WhipaSnapa!!! (It just rides so sweet)!!:) out to one of the Barrier Islands off the Ms. shores to get our chum on! Which the past couple weeks Ol Horn Island has been the secret spot. And well, some string pulling shonuff(w/a few those very descriptive words) slipping out every now an then!!! Pretty good mixture of sharks-(blacktip, spinners, atlantic sharpnose), king mackeral, jack cravelle, etc…. But its been a very consistent catch of huge smile pulling Reds. An a bunch of em! That had the WhipaSnapa’s great guest scrambling to get the reel that was screaming!!! So could be the one to lock an load. They were at times double and tripled up w/ the big ol reds an :)s!

Getcha self on down here, load up on the ol’ WhipaSnapa an let’s get it on!!!

Many thanks to all and God Bless!!!!
Capt Robert “Earl” McDaniel